Megeve, often called the Monte Carlo of the French Alps, is authentic, unique and timeless

Megeve is a typical village of Haute Savoie in the French Alps that will not leave you indifferent. Nestled in the heart of the Pays du Mont Blanc in an exceptional setting, with a history and a heritage out of the ordinary, Megeve has a soul that goes far beyond the images that we have of this unique place.

Ambassador of a local gastronomy revisited by Michelin-starred Chefs, Megeve is a destination that lives every season. Cultural and sporting events punctuate the local life and everyone will find in Megeve an emotion that will not leave you indifferent. It cultivates the charm of a true village blooming around its medieval-style main square, with its old quarters and narrow streets, its fresh squares enlivened with fountains represent the stamp of a mountain architecture that has respected its history.

Conviviality, gastronomy, well-being and sportsmanship make Megeve a must-see destination with a story to tell, an atmosphere to share …

From the agricultural village to the ski resort 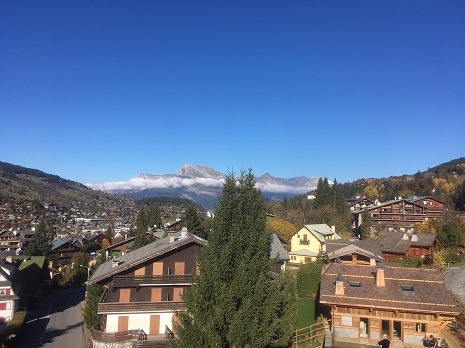 Before the advent of winter tourism, Megeve is above all a peaceful agricultural village where the inhabitants enjoy a fertile and rich land. Megeve, of the Celtic name “Mageva” which means the village in the middle of the waters, is a place favorable to agriculture but not only. Indeed, the first tourists already came to Megeve in the nineteenth century. Many pilgrims visit the sanctuary of Calvary and we’ve seen the first tourists in search of fresh air.

Birth of the Megeve ski resort

The first ski competition was created in 1914 and many photos attest to this period of discovery and development. Farmers invent the slopes, almost everything will be tested.

A woman journalist will energize and enlighten the village with her texts, she will become a great lady of Megeve through her influence. Mathilde Maige-Lefournier is a mountaineer from Chambery. She wrote an article in November 1913 for the magazine La Montagne entitled “Megeve or the glorification of skiing” which is the apology for skiing on the Mont d’Arbois and Rochebrune sites.

She said one day to a hotel in the village “I think Megève was created for skiing and skiing invented for Megeve“. A spotlight that will have its influence and make the village, already a hotspot for winter sports. The arrival of the Rothschild family on the Mont d’Arbois will accelerate the development of skiing in Megeve. The farmers of the village are investing in the area of ​​Rochebrune, note in 1933 the construction of the first cable car for skiers, the famous “red dump”.

In 1923 the birth of the Megeve Sports Club will see great champions in it. Emile Allais, the child of the country, is triple medalist at the Ski World Championship in Chamonix in 1937.

The famous Aallard spindle is invented in 1930.

A heritage to discover

Megeve is an ancient village, with its inhabitants and its architectural heritage, a sign of a rich past. In the center of the village, the priory founded in the twelfth century by the Benedictines alongside the church whose oldest part dates from the thirteenth century and the wooden entrance door of 1692. 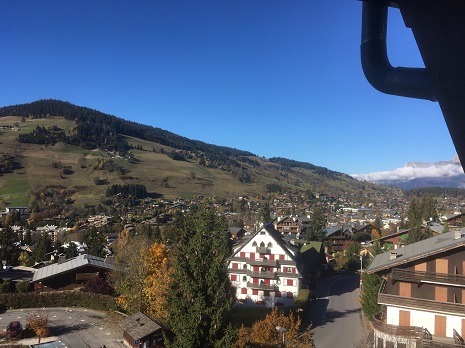 Around, various old houses built of stone still stand , keeping track of their history.Rare fact, the place brings together two town halls: those of Megève and Demi-Quartier. The climb St Michel leads to Calvaire, listed monument built in the nineteenth century at the initiative of the priest Ambroise Martin and composed of chapels in restoration.

The first hotels, the Golden Sun, Panorama and Mont Blanc welcome tourists in the early twentieth century. In the distance, the hamlets gather, near chapels several centuries old, farms with columns like the one housing the museum of the upper Val d’Arly.

Only a two-minute drive from the Mont D’Arbois ski slopes, in the upper part of Megève, and only two kilometres from the existing Four Seasons Hotel Megève, Les Chalets du Mont d’Arbois are named after Benjamin and Ariane de Rothschild’s first three daughters. The main chalet, renamed Chalet Eve, was bought by Edmond de Rothschild in 1960 to host select guests from an exclusive 100-hour party celebrating the newly renovated Palace des Neiges. Chalet Eve also features the restaurant Prima by Chef Nicolas Hensinger, which now boasts one Michelin Star, a stellar addition to the exceptional dining experiences available in Megève.

At the end of WWI, Noémie de Rothschild, wife of Baron Maurice de Rothschild decided to spend some time in St. Moritz, Switzerland. There, she dreamt of creating a similar ski resort in France, one with an exclusive atmosphere and a distinctly French character. On the advice of her ski instructor Try Smith, she discovered Megève, a small village dating back to the 13th century. She was immediately captivated by its charming character, as well as the splendid panoramic views from the Mont d’Arbois plateau above the village.

The Baroness was convinced that this picturesque site could easily rival St. Moritz, and decided to move forward with the creation of a ski resort at the Domaine du Mont d’Arbois. In 1920, construction began on her first hotel, Le Palace des Neiges (no longer in existence). With the Baroness’s support, Megève quickly became a favourite with the aristocracy and other celebrities as well as famous names from the world of business and finance.

Megeve will leave you with an experience you’ll never forget.

Mike BEAUDET knows the place very well since 1978 when he created Ski Pros Megeve.
He’ll give you the best skiing experience for sure. 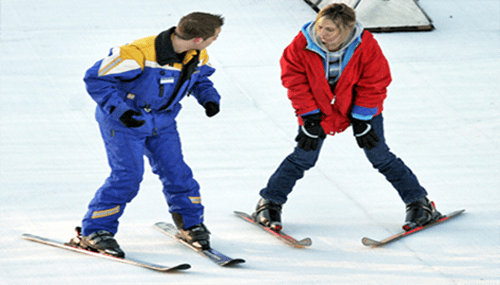 "We are proud to provide ski lessons in fluent English at Megeve France in the French Alps with our professional independent ski instructors since 1978." 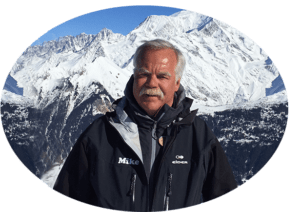 American, British (BASI), Italian and French Independant Ski School Instructors
"Client satisfaction and personal service is at the heart of everything we strive for. I personally promise that learning to Ski with Ski Pros Megeve and our team of fluent english Independent Ski Instructors will be one of the best experiences you will have ever had and more affordable than you think."
Copyright 2020 SkiPros Megeve | All rights reserved
Website created by Steven Tracy
MENU
Privacy Policy 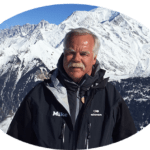